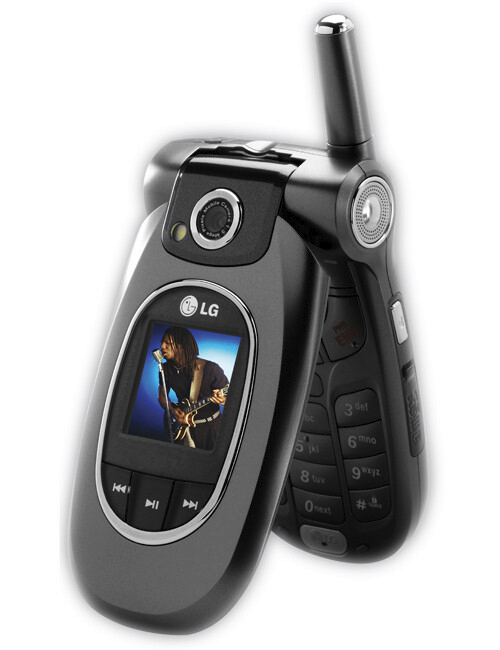 I’m feeling nostalgic. Let’s go back in time and take a look at all of the feature phones, smartphones, and tablets I’ve ever owned.

Ah…my first cell phone. I was in eighth grade. I used it instead of a payphone to call my mom when I needed to be picked up from school. Every so often, I’d ask my dad if I could send a text message (which cost a nickel to send, and a penny to receive).

A big upgrade from the VX3200, the VX8300 was a polished, well-designed, and speedy phone for its purposes – texting and making calls. I became a T9 wizard with this thing. It had a 2.5mm headphone jack, some internal storage for music, and external track control buttons. It never made sense to me to buy an ugly 2.5 -> 3.5mm adapter, so I never used it to listen to music. I used the external buttons to turn on the external screen and check my messages.

Also: A camera!!! On a cell phone!!! I still have photos that I took with this phone’s camera, like this one:

For about a week, I had another phone right before the VX8300. I returned it to the store because it was way too big and bulky in my pocket – but it had a great camera for the time. It could have been the Samsung SCH-A610, but I’m not sure.

This thing ruled. The dual screens were sharp, high-resolution, and fantastic. The external resistive touchscreen was responsive and bright. I spent hours customizing the outer display with useful shortcuts and pretty wallpapers. There was one wallpaper with an ice cube on it that I thought was so beautiful on this phone’s display.

I learned to type so fast on this device’s QWERTY keyboard. I was a communication machine!

This phone was almost a smartphone. Its 3.2 megapixel camera was good for the time! I didn’t use any of this phone’s web browsing capabilities, though.

I was so impressed with my friend Taylor’s Droid, which was one of the early Android smartphones. I decided that I needed one, and…WOW! Browsing the Web from a device in my pocket? Installing “apps?” “3G?” Holy cow!

I spent hours installing custom ROMs and customizing the operating system and the applications installed on this device. I learned a ton from doing so.

I still miss the era when phones had dedicated camera shutter buttons.

At the time, here was a deal going at Verizon where buying an extra line ($10/mo, IIRC) got us a second Droid at no extra cost. I ended up swapping back and forth between them, keeping both of them in good condition, and eventually trading one of them for a Droid X.

The OG Droid started getting slow for me, and the Incredible was very appealing – in part because my cool science teacher at the time had one. I drove a couple of hours down to Providence, Rhode Island with a friend, where we ate Domino’s pizza on a curb and bought the phone from Craigslist for $150 to hold me over until my upgrade.

I liked the optical trackball at the bottom of the phone. It was neat.

I traded my rooted Droid for a Droid X (really) to an acquaintance from high school. I used it for a couple of weeks before switching back to the Droid Incredible, as I decided that, despite the bigger screen on the Droid X, the Incredible was a better phone with far better community software support.

I ordered the Galaxy Nexus on December 15, 2011 via LetsTalk.com, who no longer sell cell phones (partially, I’m sure, due to how poorly they handled the sale of the Galaxy Nexus). The phone shipped nearly one month later on January 6, 2012, after LetsTalk gave me $25 to spend on accessories in their shop due to the backorder delay. I spent that $25 credit on an extra removable battery and dedicated removable battery charger. (Remember when that was a thing?)

I ended up being disappointed with the Galaxy Nexus. I anticipated the GN to be the holy grail of Android, with long battery life, superb performance, and a fantastic build. My expectations were simply too high. I enjoyed my GN, but I was happy to upgrade.

The S4 was the first Android device I owned where I felt truly satisfied with Android software and hardware. I still had gripes with the ecosystem – a lack of design unification, some minor irritating interface stutters, and some device manufacturers/carriers closed policies, among other concerns – but I was still very happy with it. The S4 was a huge upgrade from the Galaxy Nexus.

The G3 had a 1440p display – the first 1440p display on a flagship smartphone. Until I rooted it, the display had this terrible over-sharpening filter.

Besides the sharpness issue and an issue with the 3.5mm jack where it only sometimes worked, sometimes requiring a re-plug, I enjoyed this giant phone.

I eventually sold the G3 to someone at a company for which I worked, who used it as a music machine. I wonder how long it lasted for him…

My first Note phone! The stylus on this phone could go into the phone backwards, and then get stuck inside the phone forever. I successfully pranked a couple of my friends when one of them asked me if I had tried to insert the pen backwards and I pretended I did… He felt so bad until I sent him this photo, proving that I hadn’t destroyed my phone:

I don’t remember too much about having this phone except that the removable back felt really nice, with a faux-stitched-leather feel. I must have liked the phone and its stylus, though, because my next smartphone was the…

Wow, my Note 8 lasted me more than three years? That’s kind of incredible.

When I started playing Jackbox Party Pack games with my Note 8, I’d often get called out for “cheating” on drawing games with my stylus. It was a huge advantage. >:)

This phone was fast and reliable, with decent battery life and two great cameras for the time.

I got this phone as the battery on my Note 8 began to deteriorate. I thought the cameras would be a nice upgrade (they were). I also loved the display’s 120hz refresh rate and the phone’s green color. Its plastic back and relatively inexpensive price meant I wasn’t worried about babying it (although I was sad when I dropped it after excitedly jumping up and down upon seeing friends and cracked the corner of the front glass).

However, the touchscreen digitzer on my early-model phone had awful problems which made the whole phone frustrating to use:

These touchscreen problems were never resolved with firmware updates.

Additionally, despite having 6 GB of RAM, background apps closed all the time, even if I had just switched to a single other app. This was incredibly frustrating when switching between my password manager and Firefox, because the browser’s webpage would reload after I copied a password, sometimes breaking a site’s login flow.

I also missed having a stylus. I did not miss this phone after upgrading.

This phone rules. All four of its cameras are fantastic. The RAW shooting software is also great. Its display is ultra bright, responsive, and sports a 120hz refresh rate. The Snapdragon 8 Gen 1 processor is fast, and its ample 12GB of RAM reduces the likelihood that a background app will be closed by the system. I love having a stylus again.

Samsung’s “Good Lock” suite of customization apps allows me to change things like statusbar icon positions, which I really appreciate. Ten years ago, I had to install community-built custom ROMs to modify system features like that – and now they’re supported by first-party apps!

Battery life is fine. Besides its price, battery life is my only complaint about this phone: it could be better. I keep the display in FHD+ (2316x1080px) resolution to reduce battery consumption.

I really, really wanted an Android tablet, but didn’t want to spend the money on one at full-price. I bought the Nook from an eBay Daily Deal for $190. I used it a ton and ended up putting CyanogenMod on it. It turned out to be way slower than I preferred (duh), but it was my first foray into Android tablets.

I was very happy with this tablet, although I wished it were faster. The big screen was great, since I used this device mainly as a YouTube machine in bed. Performance was…not great.

I also liked the textured back, and I could press the plastic center-back of the tablet slightly when I was bored due to manufacturing tolerances.

For the last few years of this device’s life, I used it as a digital photo frame. Before Liv and I moved last time, and while I was preparing the house for sale, I noticed that the battery was BULGING. A lot. I’m surprised the thing still worked and didn’t burst. I discarded it.

At some point, I had the official lime-green “Magic Cover” case for the Nexus 9. I loved the color of that case. It was also neat that folding a flap near the camera automatically launched the camera app, even though I never used the camera on this tablet.

Thank you for following along with my mobile device history!

What’s your smartphone/tablet history look like? Do you keep your devices for a long time? Have you switched between Android and iOS? Did you own any of these devices?